Ever wish you could double up your recreation time? You know, accomplish other things while spending hours on end riding?

Charge your Garmin, Capitano, because here's how riding to Florence will save you an entire (walking) day trip. The official Italian term is cicloturista. And quite frankly, every cyclist can use a dose of cycle tourism.

Before the unification in 1861 led by Giuseppe Garibaldi, Italy was divided into towns and regions. You'll see a Piazza Garibaldi in nearly every Italian town for this reason. Now, in modern-day Italy (if you can say such a thing) these towns are connected by TrenItalia, Italy's national train operator.

Most regional or intercity trains have a dedicated car with bike racks at the front of the train. Say Strava was to create an "Italian railway" heat map, its reach would put North America's Greyhound bus line to (additional) shame.

The scenic route from Lucca is roughly 125 km with a total elevation suitable for people who don't object to climbing. If you do object, I would recommend a city bike in Lucca where you can park it, lock it and visit museums like a civilized human being. For the rest of us, recognizable by horrific tan lines, let's kill two birds with one stone.

With a gelato selection of routes to Florence, I usually take flat main roads for the first 25 km otherwise you may as well arrange a coffin for your arrival. But, trust me, you can crank up the climbing to your heart's desire.

Climbing starts at Montalbano where there's a series of roads with four virgin Mary’s that take you along and over it, past Vinci near where Leonardo da Vinci was born. Leonardo's hills are in a constant state of flux as local pedalers enter and exit this heaven on two wheels.

Montalbano's beauty not only lies in its olive orchard framed roads, but the views of the valley laid out below. When the going gets tough, you'll have panoramic views carrying you along. This ride's difficulty isn't for long climbs but unrelenting short ones.

At about 40 km, at the top of the first official climb (San Baronto) is Bar Enoteca l'Indicatore. Regardless of the classic Mon-Friday 9 - 18 with pausa pranzo, there are always cyclists. Either passing by, chit-chatting, or getting a coffee — it's just where they are. On offer are pies, sandwiches, energy bars/gels, plates of pasta, etc. No matter where you're energy stores are at, stop here.

And now, quite literally, onwards and upwards. Nothing worthwhile comes without a little elbow grease and the incoming vista over Florence is just that. But this is the prosciutto, and we haven't won the Granfondo just yet. So hang tight, and I'll tell you where to stop for lunch.

Until you've reached the Renaissance city, you'll be on roads with limited commercial distraction. So be diligent in researching the right place, and Artimino at 85 km has two conveniently located restaurants worth the effort of climbing an extra kilometer or two.

From there it's 35-40 km of cycling in Florence until you'll see the majestic cupola and cathedral prominently above its surrounding terracotta roofs. Streets lined with tall stone walls in the neighborhood of Arcerti, where Galileo Galilei spent the last few years of his life will formally introduce you to Florence alongside Piazzale Michelangelo.

One of the best places to take in the views over Florence is Piazzale Michelangelo. Just below the piazza, there's a small switchback road through the recently restored Rampe del Poggi you won't want to skip out on. From there you'll be oltre l’Arno, or beyond the Arno River in the unique neighborhood of San Niccolò.

Next take Lungarno Torrigiani, the road next to the Arno with Ponte Vecchio on the horizon. Other must-sees by bike are Piazza della Signoria (with the statues), Cathedral di Santa Maria del Fiore, and Piazza Santa Maria Novella. 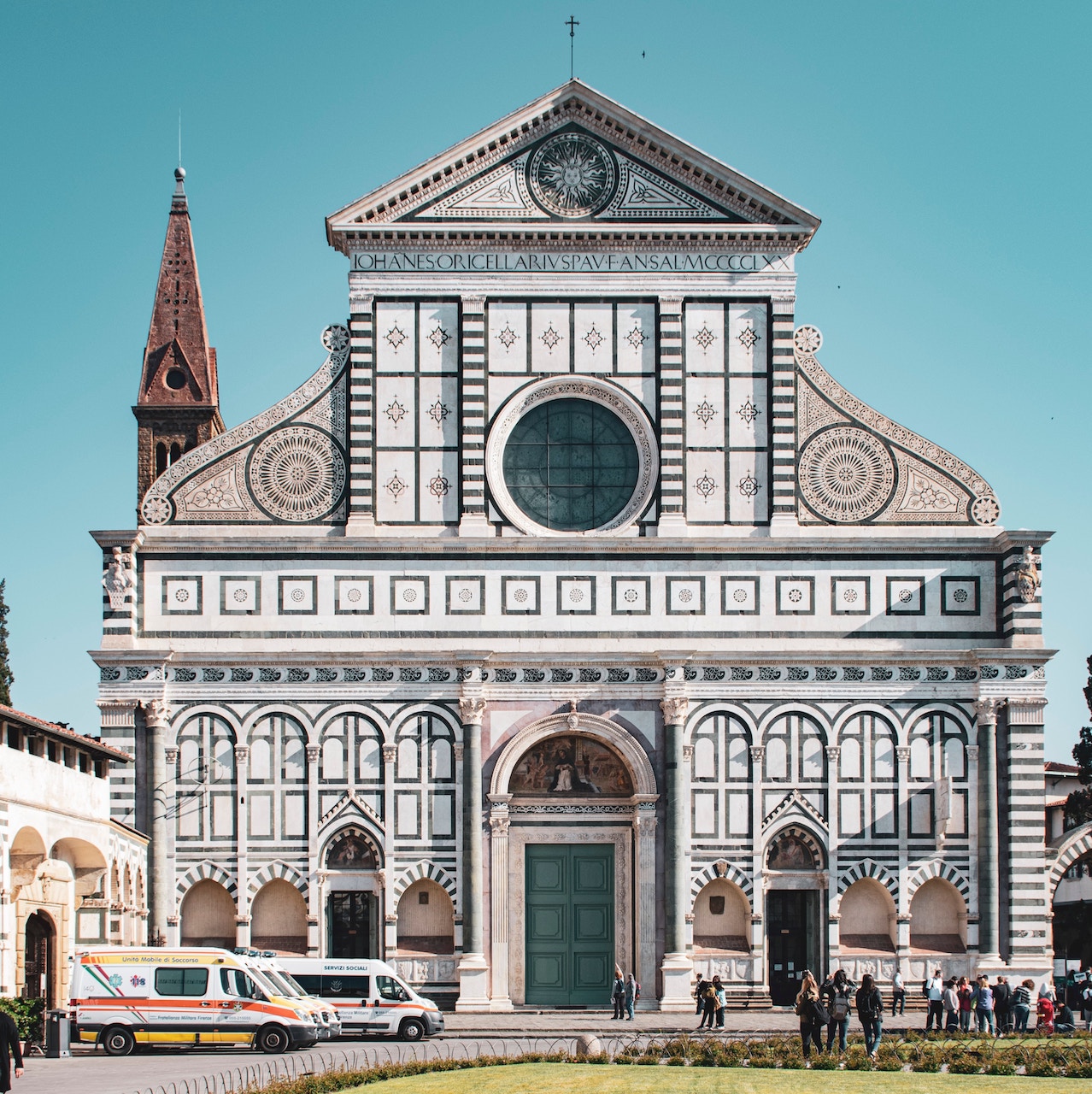 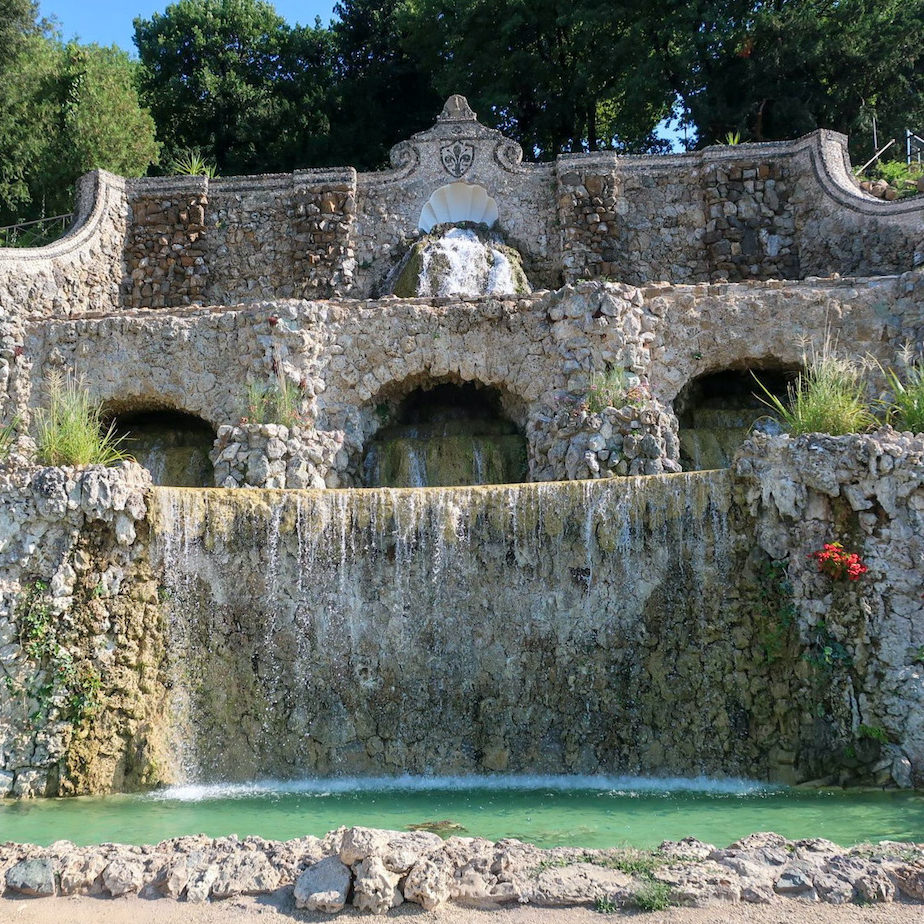 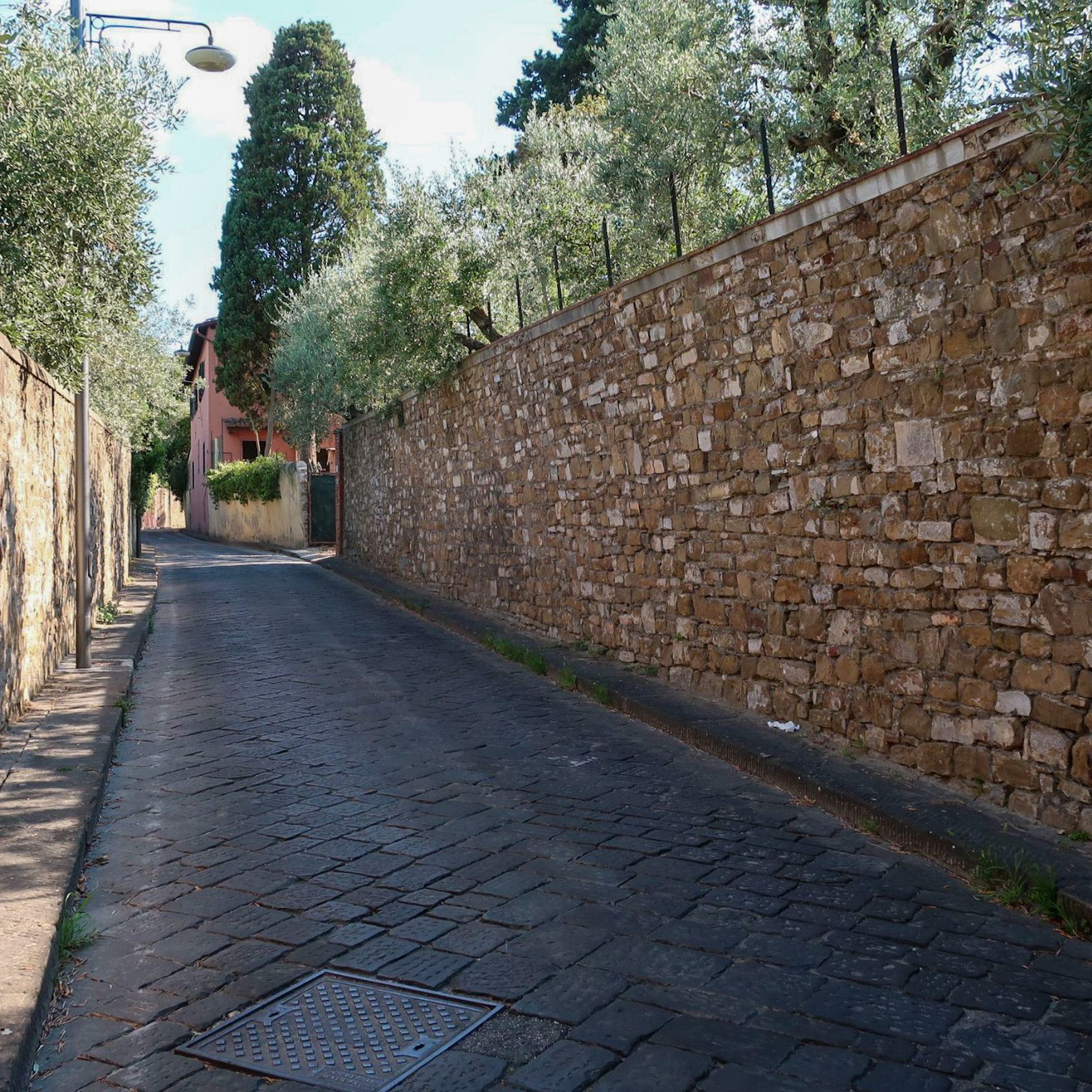 The narrow streets of Florence. 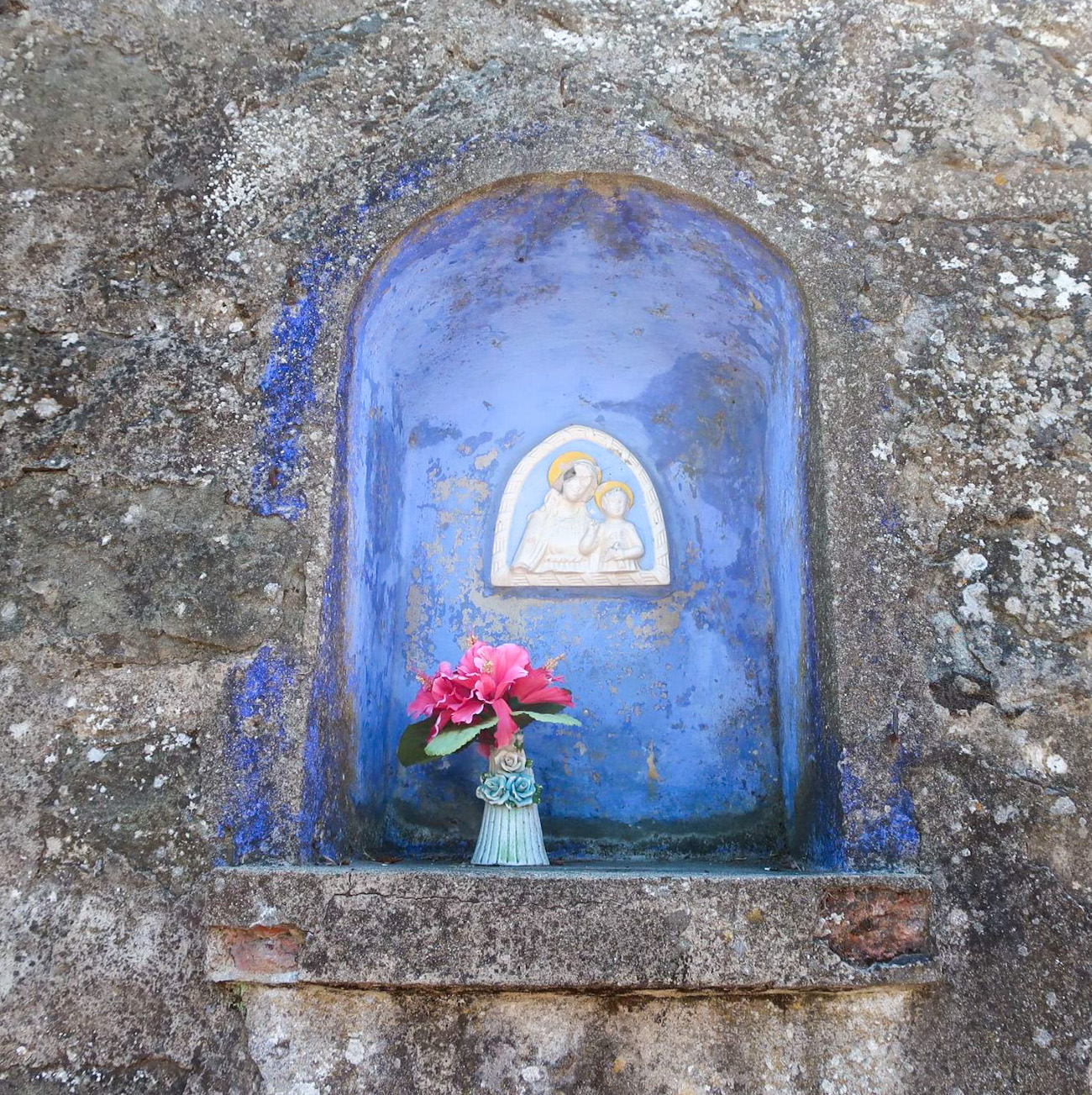 One of Montealbano's many Madonne. 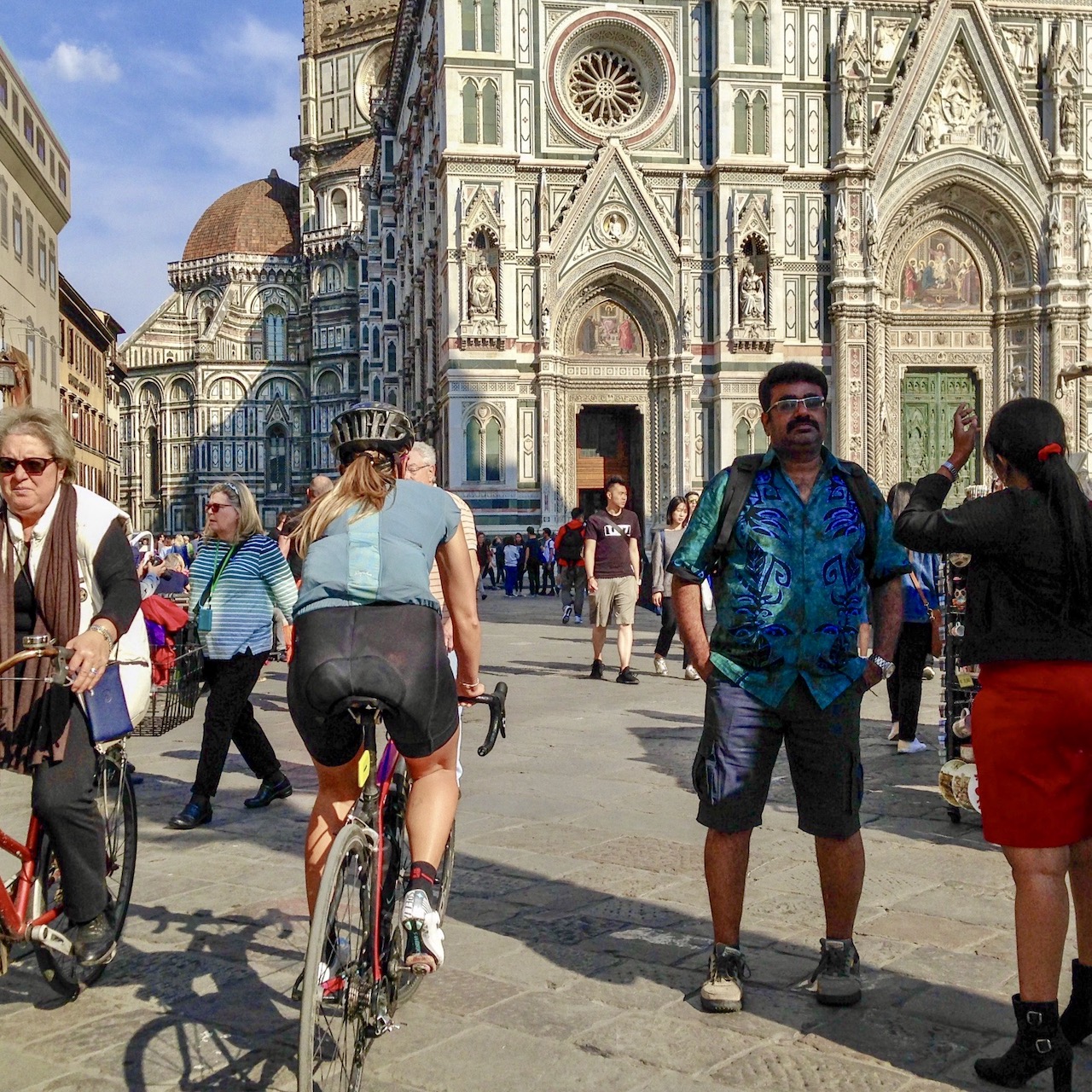 Where to catch the train back to Lucca

When you're ready to return, get a single train back from Florences' central station, Firenze S.M. Novella.

Insider tip: download the TrenItalia app on your phone to see schedules while eating your second lunch. Or first dinner. Or third gelato. You get the picture.

Nota Bene Do not leave your bike unattended anywhere near or in Florence. Bike theft is an organized crime in major cities. Bring a lock or ask somebody trustworthy to keep their eyes glued to it.

Does this Lucca to Florence adventure sound interesting? Do it with me and make it a stress-free day to remember. And tell me in the comments below, what are some of your top cicloturista rides? 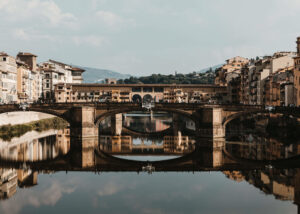 Cycling in Florence: Our 3 Favorite Rides 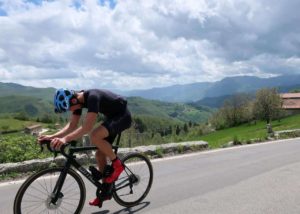 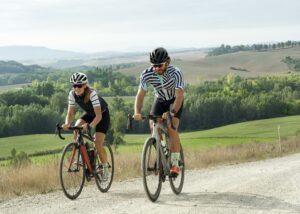 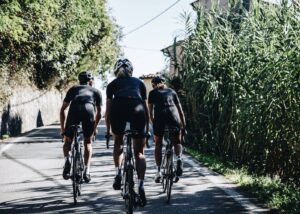