If you're able to access the internet you probably know about the Olympics; either watched them, participated in them or know someone who has. The objective is to win, but there's only ever one person that does and three that stand on the podium. So what about everybody else? In our western society, we tend to look at sport, work/jobs, and life linearly but it's actually never about sport, work or winning.

As a Canadian athlete, I medalled in all the games our amateur sports system offers: British Columbia Games, Western Canada Games, Canada Winter/Summer Games, and, had I not ridden into the back of a car, maybe also Commonwealth Games. In all honesty, I'd also hoped for the Olympics. They seemed so close yet so far.

My first real sport was short track speed skating. I pursued it in my early 20's at Calgary's Olympic Oval. But, I only excelled in the 3000m which wasn't even an Olympic distance, so I took a leap and pursued cycling. It's undoubtedly my calling, but I came to understand I was designed for one-day races. The stage races would leave me in a dungeon of fatigue I'd struggle to crawl out of. When it comes to professional sport, you can't exactly do only the races that you're good at. Although, doing what you're good at is an interesting concept! How was I to make sense after years of investing myself that I'm not cut from world-class Olympic cloth? Or what's one to do when life doesn't unravel the way they'd hoped?

Beauty, as they say, is in the eye of the beholder and so it is true for success.

Sport is never really about winning — it's about what pursuing this path brings us: personal evolution, camaraderie, discipline, or maybe other opportunities. It's a stage wherein the purest sense humans strive to draw out the best of themselves.

The real sustenance is in how we do things, not necessarily what we do.

I've always found this invisible force in my race successes and my failures; as if a GPS was leading me through life's alleys and passageways. So much so that I couldn't imagine crediting myself. Winning certain races opened doors. They established a sort of escalator that propelled me onwards. If the work was done, then a path would appear.

This is how beautifully dynamic sport is. There's no single outcome. A journey in sport is nothing more than a journey in life. The lessons are universal; the activity is secondary.

The Olympics are a window into the athlete's lives, but the game is life itself. We win some, and we lose some all in the pursuit of gaining perspective.

"Days pass and the years vanish, and we walk sightless among miracles"1

If I could speak to my younger self, I would say: give it your all, be professional about your craft and go for it, but don't be overly disappointed if you don't reach your ultimate goal; notice the gifts around you, the people that you meet, and opportunities that arise.

Simply being in Italy showed me the value of how.

The small interactions at the butcher shop or the local bike shop are what matter. When my accent is mistaken for northern Italy, it's kind of a big deal. Or the importance of friendship while accumulating thousands of kilometers for no reason other than the joy of riding. The minutes that pass just chatting by the fountain are special. Or asking the guys to pace me to a new QOM, because, why not? And knowing that if you ride Cappella between 11 am and noon on a weekend you'll likely bump into a familiar face who's tacking on one last climb to their morning ride. 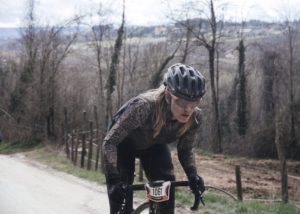 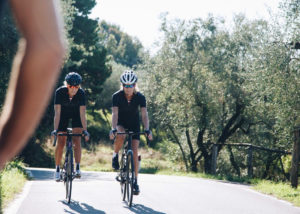 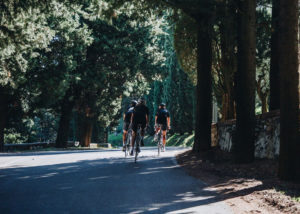