Time for a new indoor cycling playlist? I've got just the set to bump up your threshold power.

But first, rewind to 2010, pre-Italy, when I spent my days trying to win bike races, eating food (primarily green), listening to electronic music, and counting my pennies. Funny enough, all these immature, twenty-something years are well documented in my blog because that was the thing to do those days.

Despite the horrific spelling and terrible grammar, there’s still more than a glimmer of wisdom to be gleaned from this no-longer public journal of a female pro bike racer. And to be fair, I happened to also win some of those bike races.

But before you scroll to the bottom, here’s a little context of the peaks and valleys through the lens of women’s pro cycling.

My biggest win was undoubtedly Canadian National Championships in 2009. For any sporting title that doesn’t fade away, there’s some sort of unexplainable luck — and for this one, I knew I was going to get lucky.

Earlier that year, I’d pitched the white flag and surrendered to a steady paycheque. It didn’t take long to realize that looking at a black AutoCAD screen eight hours a day was a soul-destroying trade-off. I recommitted to an ultra-thrifty lifestyle, and National Championships was the perfect place to up-level my cycling career.

After pre-riding the course, I knew I could win or I believed I would. It sounds presumptuous, I know, but the course was made for me and the truth in your body does not lie. It became so matter-of-fact that I set out a strategy on how to win, I would do just that, and have it ticked off as complete in a few short hours. No chasing down useless attacks, the chances of anybody collaborating in a break were slim to none, then I’d go for it in the bunch sprint.

Most if not all of my current and past athletic achievements are fuelled by music, not always electronic but mostly. I’ve come to know chances of success (and I mean any success) are high when visualizing an outcome and getting in the right frame of mind. It’s easy to get distracted these days, so music (or replaying it in my mind along with a mantra) is my way of staying hyperfocused and blocking out distractions. 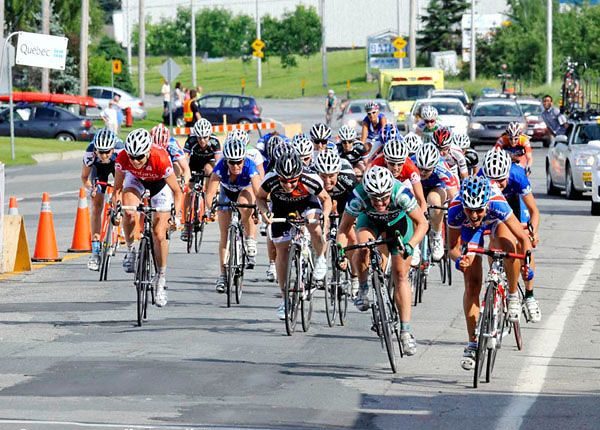 Would you go into a meeting or a negotiation with wide, curious eyes, unconcerned about the outcome? No. No, you would not. You would prepare, do your homework and map out a few tactics. It’s the same in bike racing, the peloton is comparable in strength but wins are a result of tactics and mental fortitude.

Indoor cycling playlist aside: the not-so-glamorous side to bike racing

We all know about the glory but considerably less about the grit it actually takes to achieve it — opportunity cost. Pro cycling is a traveling circus with the same characters, the same stage, and the same races. For me, one of the biggest costs was the risk. Racing in France, Germany, and Italy was, for the most part, fun, sunny and exciting, but racing in Holland was almost inhumane.

The trip started with Vlaanderen, I should say is one of Belgium's finest events I've attended yet. And cobbles are really something to get used to, they can shake you up pretty good on a bike. Another thing, the women racing bikes around here want to win and can get pretty feisty about it. The cultural differences couldn't be more noticeable at these races, my thought is it's really a skill to keep yourself in the front of the bunch. It's also a risk. You must multi-task, and be very aware.

For those non-Europe racing readers, let me brief you on my experience. As soon as the race starts — actually before the race starts — 160+ women (and at these races, they're all pretty strong women) would like to be in the front of the bunch, the ones in the back also miraculously want to be in the front. Most of them seem willing to do almost anything to achieve this, like bad, bad bike handling, cutting people off, or riding up the gravel shoulder, then suddenly jumping back in front of you. All on top of dodging parked cars, signs, reflector bubbles, and when the road suddenly splits, roundabouts and meridians that separate bike paths from the actual road.

Even though we race on fully closed roads, the bike paths are still up for grabs. So long as there are no pedestrians or leisurely cyclists riding on them, one would ride these bike paths despite no draft from the peloton purely to move up in the bunch. Not to mention the crashes that happen about every 45 minutes— if you're not caught in the pile-up, then it's some kind of sick race to get past the people flailing on the road and back up to the peloton.

When it's pancake flat, the group doesn't always split like in climbing races, so this type of chaos can last 3-4 hours or until there’s a crosswind. As soon as that happens, the ones on the front gutter it, stringing out the whole bunch, then have a teammate ten spots back to open a gap, leaving the ones not aggressive enough for the laughing pack.

They say it’s all fun and games until someone loses an eye and, I kid you not, one of the Americans came to the dinner buffet that night with a black eye after riding into a sign. Racing in Holland is part and parcel of a world-class cyclist’s repertoire, and if you haven’t grown up riding and racing those roads, it’s not an easy adjustment.

April 21, 2011 was the day I officially “retired” from pro cycling. It was also the day I broke my pelvis and collar bone in a local Maastricht training race. I was riding for what was then the Skil-Shimano team (now Team Sunweb) with the idea of qualifying for the 2012 London Olympics, but the cost had become too high. Moving on was the most obvious yet difficult decision I had to make.

The nature of the beast is that it becomes a never-ending quest for more wins without taking the time to see, let alone count your blessings. A win is typically not defined as discovering something you love.

Had it not been for pro racing, my introduction to cycling in Italy would never have been as magical.

I’ve been loving Italy. As soon as I got there I felt like it was a place where I could unpack and stay awhile. I love the weather, the land, the mountains, the roads, the shops, and the culture in general. It’s a bit slower to just do stuff, and I love doing stuff.

If I could sum up my experience to date, coming to Italy has been a pretty good challenge. It’s totally different here. With no straight roads, the language barrier, cultural differences, it's really opened up my mind a little bit more.

Raise the roof with your indoor cycling playlist

Get out your Bluetooth speakers because now that you have the context and timeframe, here are the training tunes. Any time I had a hard training session or a case of the lazies, an indoor cycling playlist was the cure. Chances are slim you’ll like it, let alone tolerate it but Rhythm is a Dancer, MGMT, and yes, Smashing Pumpkins is music to my ears! 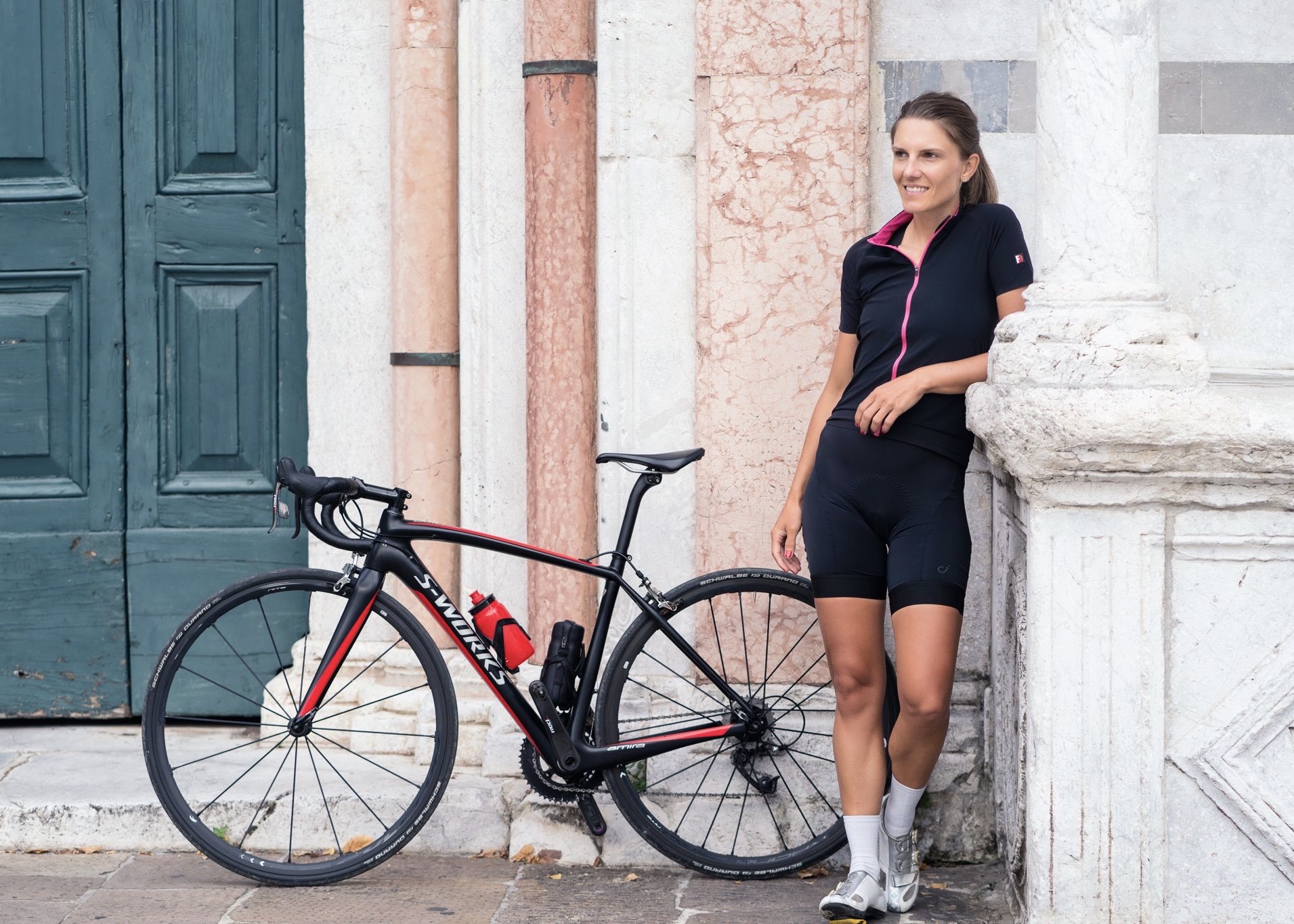 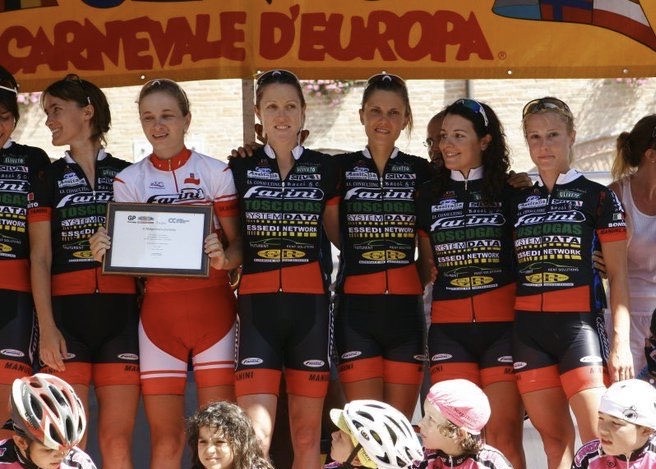 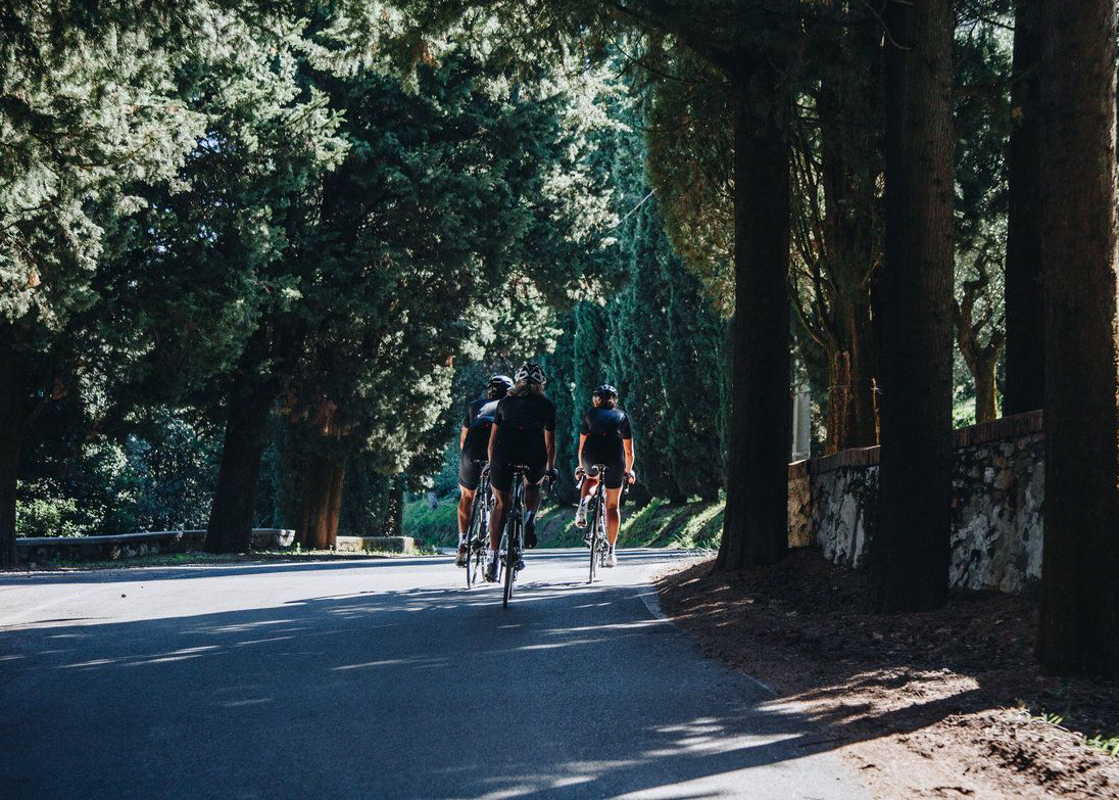 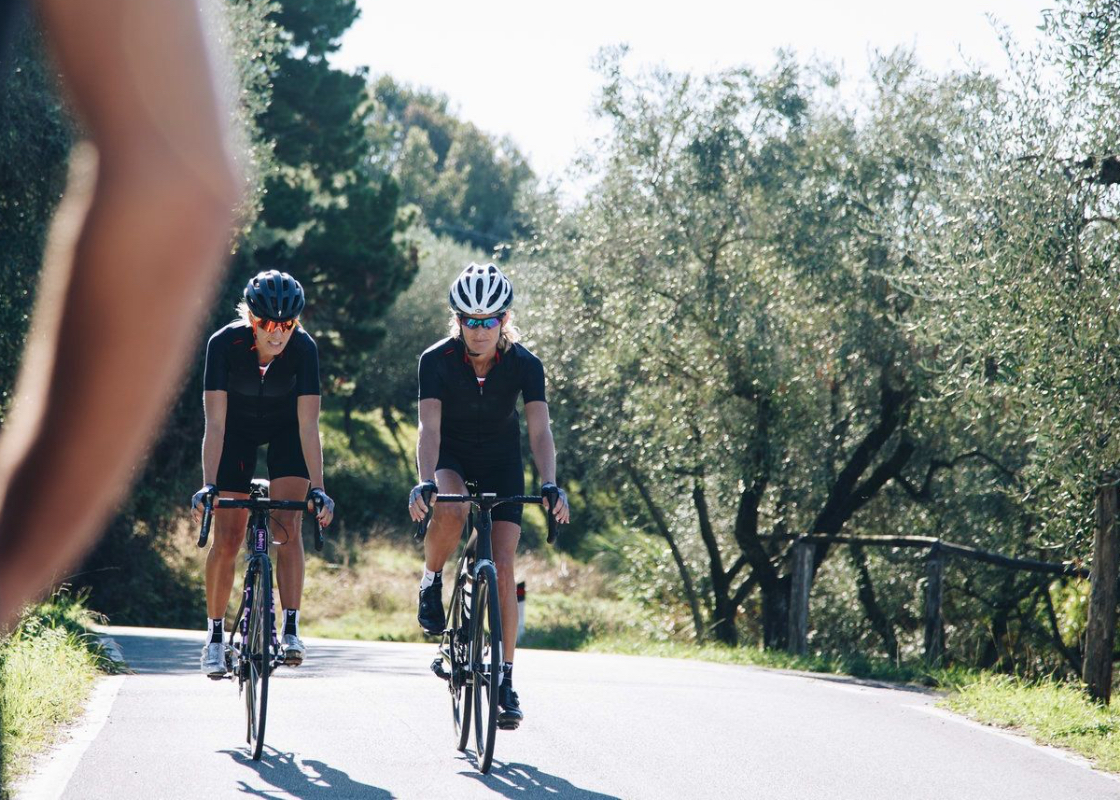